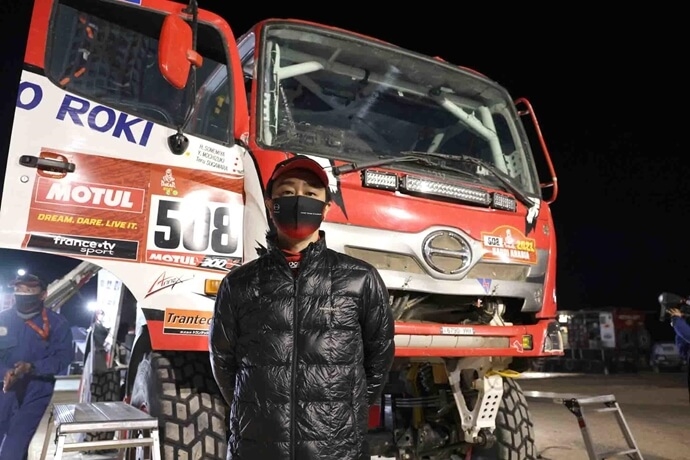 Stage 5 of the Dakar Rally kicked off in Riyadh, the capital of Saudi Arabia, which is 456kms to Al Qaisumah. Hino Team Sugawara recovered completely from the accident the day before. Yuji finished in 15th place overall in the truck category. The cumulative ranking up to this date was raised by 2 from 17th to 15th overall, maintaining the top position in the class with a displacement of less than 10 litres. The road surface was mainly sand and gravel, but the rocky canyons where the vehicle speed did not increase and sand dunes of various sizes appeared alternately, making it more difficult than expected. In addition, there were places where it was difficult to run due to the heavy rain, made the sand moist in the dunes. The Hino 500 Series truck (Car) ran into a problem where part of the roof of the repaired rear body came off again, but other than that, there wasn’t any other trouble. The team ran through this difficult place at the same pace as the previous accident. They travelled 268kms northeast to reach Al Qaisumah. The time required for the SS was long, and the arrival of the Car was late due to the long distance travel. It was announced the next day’s journey from the SS distance would be shortened from 440kms to 347kms, but the liaison distance of 265kms and 76kms before and after would remain the same. The total distance is 688kms long.

“450kms SS was difficult but does not increase the average vehicle speed SS in the previous year. There are some new broken parts and I am fixing it little by little every day, so it seems that it will be a new Car by the time I reach the goal.”

“It was a long time today. There was a very difficult part of navigation in the first half, but there is no problem with the dunes just by instructing the cup (direction). I'm tired, but it's going well.”

“The stay of the CTIS (Tyre pressure regulator) controller broke during SS, and after that I ran while supporting it with my hands. I'm glad that the data logger is about to return.” The 6th stage of the Dakar Rally was held between Al Qaisumah in central Saudi Arabia and Ha’il in the north. Hino Team Sugawara tackled the SS (competition section) with a total distance of 347kms. Yuji finished 11th overall in the truck category. After that, he arrived at Ha’il in the liaison (moving section) and finished the first half of the game safely. 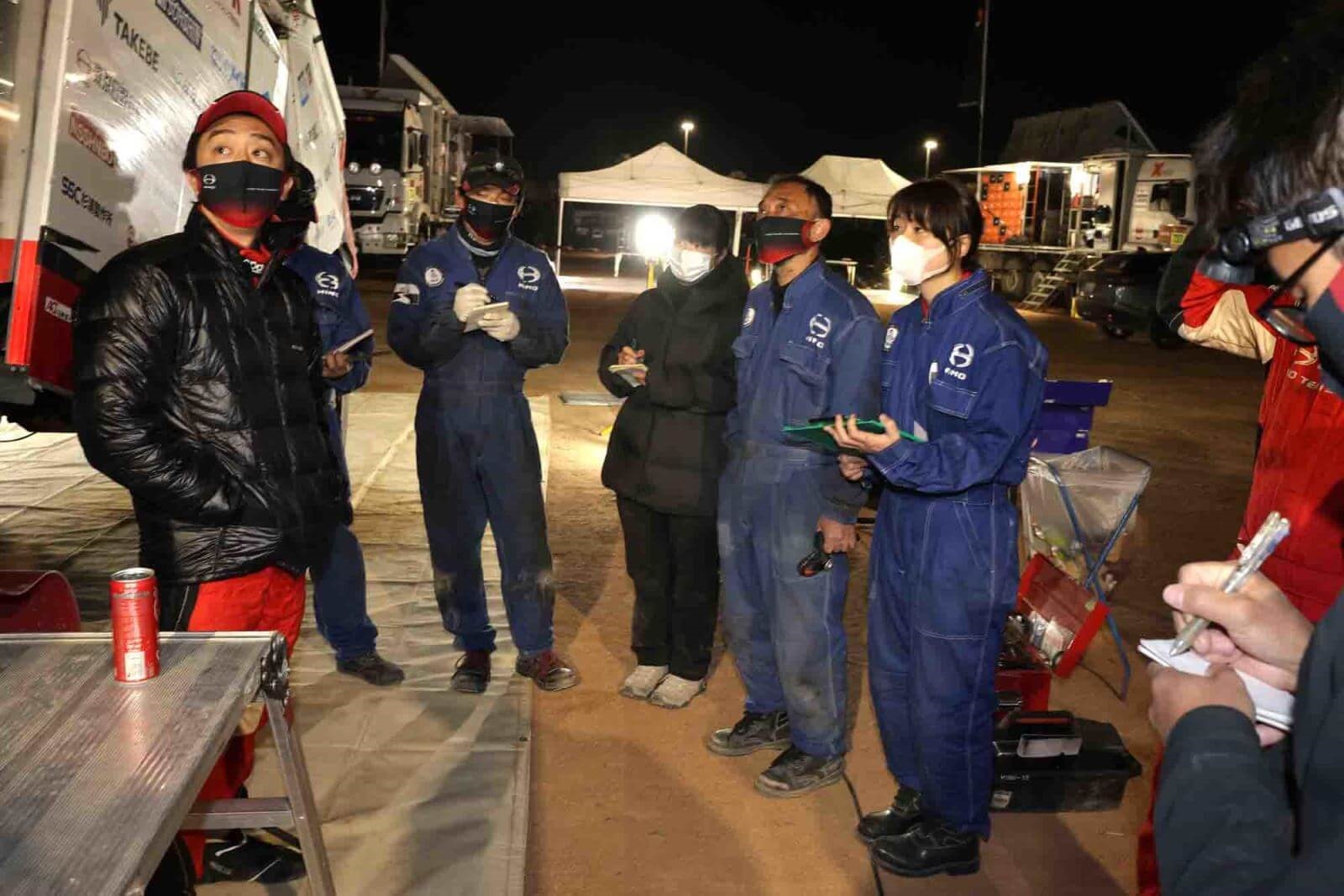 Due to the difficulty of the SS the day before and the delay in the arrival of many competitors at Al Qaisumah, this stages departure time was delayed and the distance was shortened.

They headed west with 265kms liaison. They returned to the SS goal in Kiva the day before, and started the SS to the suburbs of Ha’il.

The SS distance, which was initially 448kms but was shortened to 347kms by connecting the meandering route between the 238kms point and the 351kms point with a bypass of about 11kms.

The road surface of the SS is basically sand. There is a high degree of difficulty and there are small sand dunes from the beginning through the hills with a bumpy section a couple times. 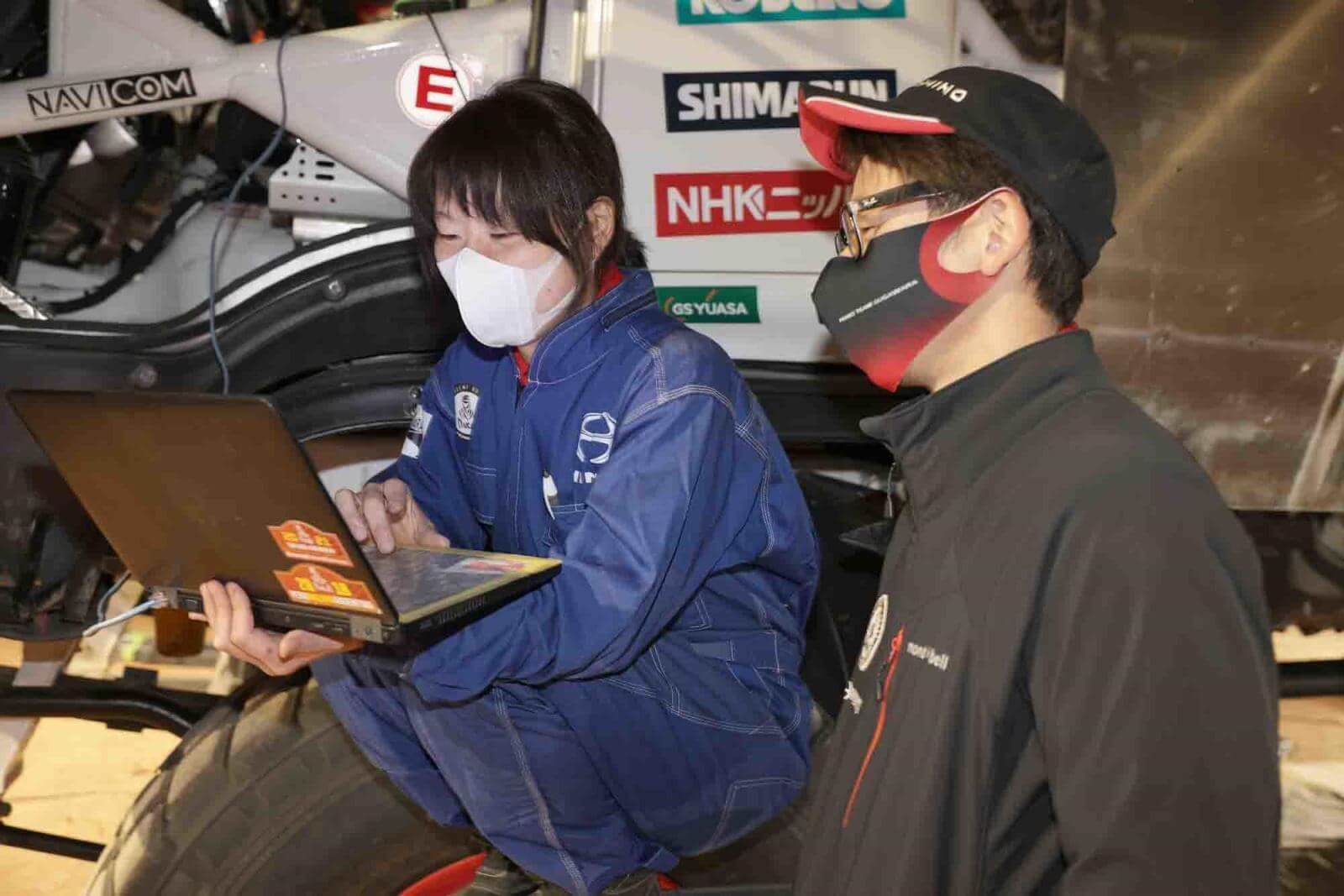 The Hino 500 Series truck ran through this section with its own mobility. With a good result of SS 11, they raised the cumulative ranking up to this day to 14th overall in the truck category and returned to the first half.

The next day’s stage will be an intermediate rest day in Ha’il. When the truck arrives back at base area adjacent to the airfield, the mechanics will immediately start work to prepare the vehicle for the second half of the race. “Most of the stage was sandy, but there was a long section where the vehicle speed did not increase due to the bumpiness, probably because it was an intentional setting.

Some of the dunes were steep like walls, but I was able to wrap around and clear them. In terms of time, we intended to run at a 100% pace. I feel that the top ranks have become even faster here.”

“Since the dunes are in the centre, navigation was not difficult. The SS distance was shortened, but the liaison was longer. Now that I have reached the goal, I am feeling tired.”

“The first half of the game is over today. When I fell on the third day, I thought it was a retirement, but I'm glad I could continue. I would like to collect the driving data as well." 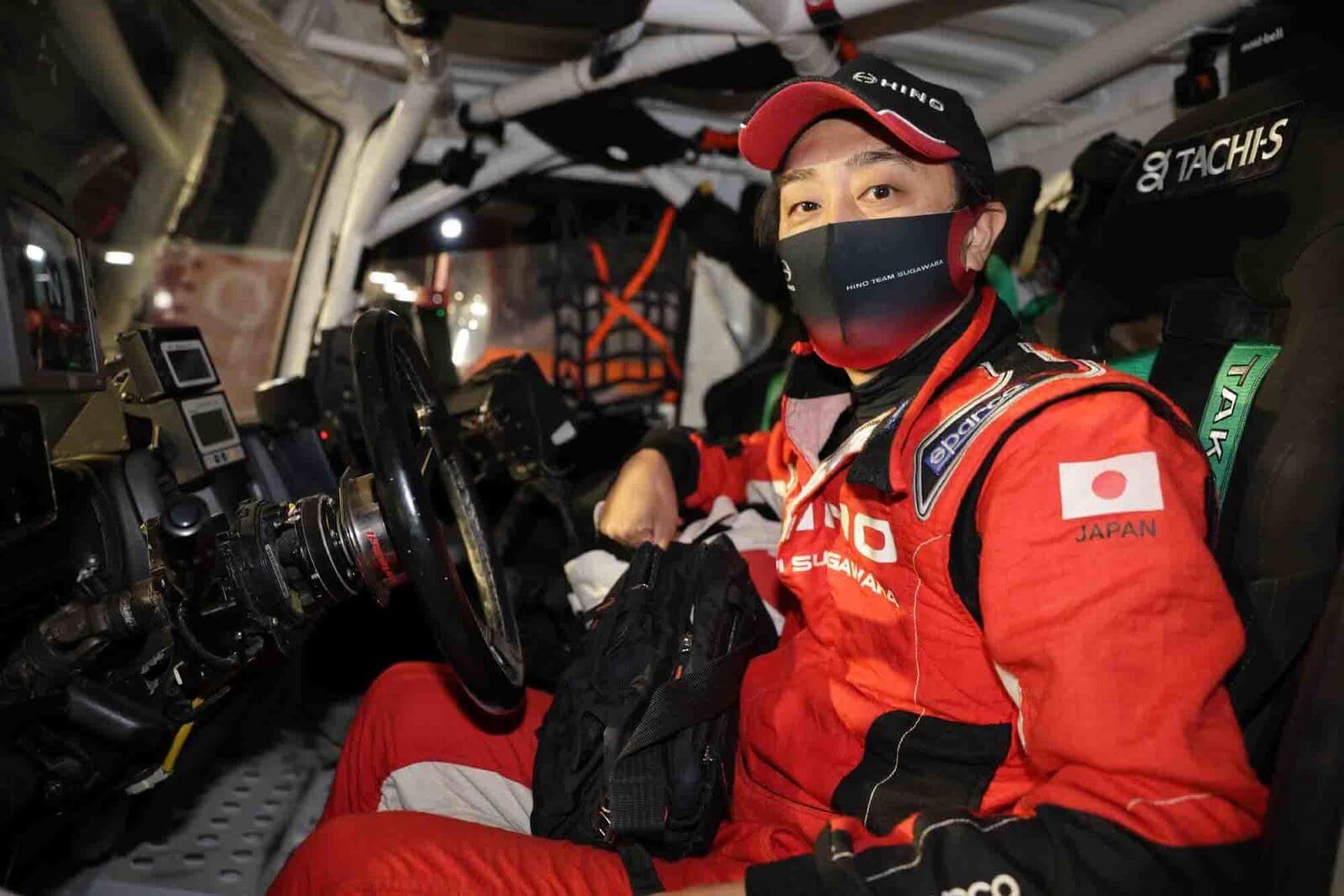